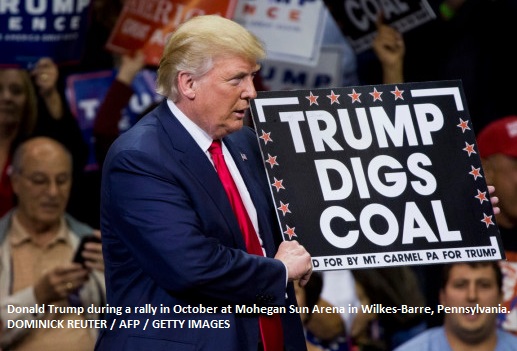 During his campaign for the US presidency, Donald Trump had said that he believed that human induced climate change was a Chinese hoax, and promised that he would “tear up” the Paris Agreement if he became president.

He has also sent his proposed budget to Congress (which is yet to confirm it), in which he has specifically stopped the previously committed US contribution to support climate change actions in developing countries, thus reneging on the commitment of the United States under the United Nations Framework Convention on Climate Change (UNFCCC).

When it comes to his attitude regarding the Paris Agreement, we are still waiting for a decision. Firstly, it is quite clear that he cannot “tear it up”, but rather he can only withdraw the US from the Agreement if he wishes to do so. The Paris Agreement will carry on without the US if he does so.

The next UNFCCC meeting to review the implementation of the Paris Agreement started in Bonn, Germany, this week, and the White House met three times in the last few weeks to come to a decision before the meeting, but failed to do so.

The reason is that there is a clear division of opinion between the State Department and the White House on what they should do. The State Department is in favour of remaining in the Paris Agreement, saying that the US should keep a “seat at the table”, which would be lost if they withdraw, while the President’s chief strategist in the White House as well as the head of the EPA are strongly in favour of taking the US out of the Agreement.

They all met three times in the run up to resolve the issue, but each time failed to do so. Thus the US delegation, under President Trump, is attending the meeting in Bonn after all. They have again postponed the final decision until later.

While almost all governments are officially appealing to the US administration not to withdraw, I will offer a contrary personal view here.

I feel that it is far better for the US to withdraw from the Paris Agreement and go their own way while the rest of the world can raise our levels of ambition as we have agreed to do under the Paris Agreement. This will obviously make it much harder to achieve the long term temperature goal of two degrees (let alone the more ambitious goal of 1.5 Degrees which we fought for). It will also mean that the US will not make its promised financial contributions to tackle climate change in developing countries through the Green Climate Fund (GCF).

However, I would argue that the US actions both at home and the fund contributions have already been halted even without their withdrawal from the Paris Agreement. Hence, the only consequence for the rest of the world if the US stays in it is a very negative one of having to fight them on every little issue in the negotiations, as they will inevitably try to hold back all our actions.

Hence, in my view, it is much better for the rest of the world, who have already agreed on the actions under the Paris Agreement, to carry on raising the level of our ambition and let the US go in the other direction if they wish, and not have them stay in and drag the rest of us back.

Hopefully, we shall know of their decision soon.

Originally this article was published on May 10, 2017 at Daily Star. The author Dr. Saleemul Huq is the director of the International Centre for Climate Change and Development (ICCCAD) at the Independent University, Bangladesh (IUB).
Email: saleem.icccad@iub.edu.bd