The original article was published as Paris Agreement On Climate Change at Daily Star, an Op-Ed by Dr. Saleemul Huq. 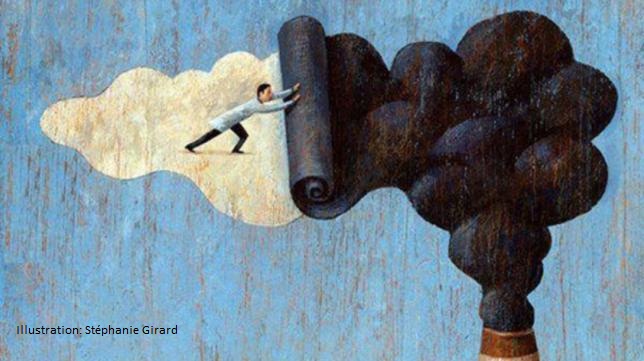 The historic Paris Agreement on Climate Change that was agreed at the 21st Conference of Parties (COP21) of the United Nations Framework Convention on Climate Change (UNFCCC) held in Paris, France last December, was a major breakthrough in the global arena where all countries agreed to take action to tackle the climate change problem. However, for this historic Paris Agreement to come into force as a legally binding global legal agreement there are several more steps that have to be completed.

The first step is that each and every one of the countries that adopted the agreement in Paris has to ratify the global agreement in their own respective national Parliaments or legislatures. Then the country has to deposit their ratification certificate with the United Nations in New York.

Once a minimum of 55 countries who account for a minimum of 55 percent of global emissions have deposited their ratification certificate then the global agreement “comes into force” as a legally binding global treaty.

This 55/55 formula for a global agreement to come into force was first adopted when the Kyoto Protocol was agreed at COP3 in Kyoto, Japan in 1997.

However, that treaty took several years before it finally came into force in 2001. The main reason it took so long was that the US, although it agreed to the Protocol in Kyoto (after all night negotiations on the last day) under President Clinton, they changed their mind after President Bush came into the White House and refused to ratify it in the US Congress.

In the end, Russia ratified (although President Bush tried hard to persuade Putin not to do so) and the Kyoto Protocol came into force as a globally binding treaty, even though the US was never part of it.

The second positive development is that China, which has now overtaken the US as the world’s biggest emitter of Greenhouse Gases, has also ratified the Paris Agreement.

Thus we now have two major emitters of the world, China and US, on board as well as many other countries, and are rapidly approaching the 55/55 threshold.

The next major milestone will be a climate summit called by the UN Secretary General Ban KU Moon in New York today (September 21), where it is expected that many more countries will deposit their respective certificates of ratification.

If all goes well, the 55/55 threshold will be reached this year so that the Paris Agreement can come into force in record time.

This will give added momentum to the upcoming COP22 to be held in Marrakech, Morocco in November this year where the main discussion can focus on how to implement the Paris Agreement rather than on how to get it into force.

The two main elements of the Paris Agreement for Bangladesh will be to implement the long term temperature goal of 1.5 Degrees as well as the Article on Loss and Damage. It is possible that COP22 may become known as the Loss and Damage COP as this will be one of the key issues discussed there.

Bangladesh is an important member of two groups. The first one is the Least Developed Countries (LDC) Group which is a group of nearly fifty poor developing countries in Africa and Asia who negotiate in the UNFCCC as a single negotiating bloc. This LDC group has emerged as a strong negotiating bloc and was very instrumental in achieving inclusion of the 1.5 Degree long term goal in the Paris Agreement and also the Article on Loss and Damage.

We also belong to the Climate Vulnerable Forum (CVF) which is a group of over forty vulnerable developing countries from Asia, Africa, Latin America and the Small Islands who are not a negotiating bloc in the UNFCCC, but rather a global advocacy group. Ethiopia has just taken over from the Philippines as head of the CVF.

Bangladesh has previously chaired both the LDC Group as well as the CVF and remains a senior member of both groups. It will thus have an important role to play at COP22 in Marrakech in November.

The writer is the Director, International Centre for Climate Change and Development at the Independent University, Bangladesh. Email: saleemul.huq@iied.org