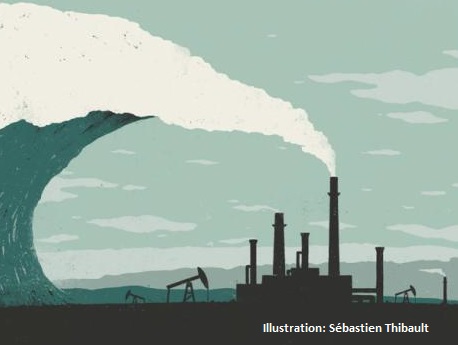 I have just been to Geneva, Switzerland where I was invited to speak at the General Assembly of the Inter Parliamentary Union (IPU) on the role of parliamentarians in tackling climate change. The IPU is the oldest and biggest union of parliamentarians from all the world’s parliaments and its current President is Bangladeshi parliamentarian Saber Hossain Choudhury.

There are four main ways in which parliamentarians have an important role to play in tackling climate change, specifically in implementing the Paris Agreement on climate change which was achieved last year.

Approving national budgets
The second very important role that parliamentarians have to play is to scrutinise and then approve the national annual budgets presented to them by the finance minister each year. They need to query the budget to see if it is making adequate allocations towards tackling climate change and only approve the budget if it does.

Being the voice of the people
The fourth role that each and every member of parliament has to take on is to be the voice of their constituents at both the national as well as international level. This is particularly important for countries like Bangladesh, which are especially vulnerable to the adverse impacts of climate change and whose poorest people are amongst the most vulnerable to those impacts.

The members of Parliament from Bangladesh were well represented in Geneva at the IPU meeting and were quite vocal in raising their voices at the global level. They now have to be equally active at the national level through their actions in Parliament, and especially through the Parliamentary Committee on Climate Change and Environment to ensure that Bangladesh continues to play a pro-active role in tackling climate change.

The upcoming 22nd Conference of Parties of the United Nations Framework Convention on Climate Change (UNFCCC), which will start in Marrakech next week, will be another opportunity for parliamentarians to raise their voices at the global level when the Moroccan Parliament hosts a meeting of parliamentarians in parallel to COP22.

I will also be in Marrakech for COP22 and will be reporting on it over the next few weeks.

Originally this article was published on 02 November 2016 as an Op-Ed at Daily Star. The writer is Dr. Saleemul Huq, Director of the International Centre for Climate Change and Development (ICCCAD). Email: saleemul.huq@iied.org