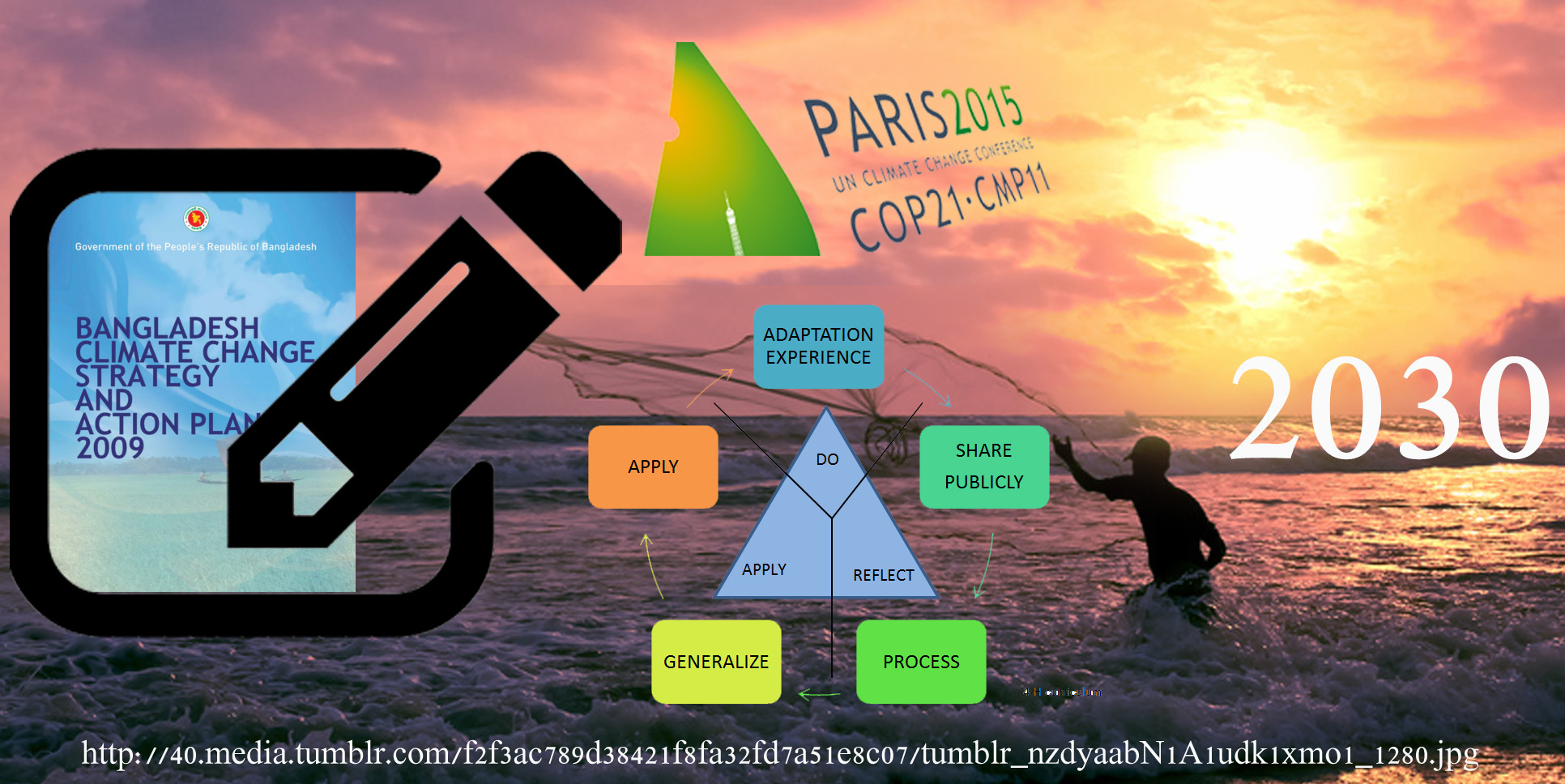 Thus, every five years or so we should evaluate the effectiveness of our actions and use that information to inform the next set of actions for the following five years or so. If the second set of actions simply repeats the first set, then it shows that we have failed to learn any lesson from our initial actions. Learning from doing means that we do things differently the second and third times around.

Bangladesh is at a good juncture to evaluate its previous actions and investments in terms of both planning and implementing adaptation projects in order to inform the upcoming national and sectoral plans over the coming years.

In particular, the Perspective Plan to 2040 and the Delta Plan to 2100 are about to be started by the Planning Commission. Then they will begin to prepare the 8th Five Year Plan for the period of 2021 to 2026 within a few years.

This gives the Ministry of Environment and Forests (MOEF) an opportunity to learn some lessons from the investments made through the climate funds that were set up some years ago and develop their next set of plans. In particular, the MOEF will be working on revising the Bangladesh climate change strategy and action plan, which has been the guiding national document for nearly a decade. It will also develop a national adaptation plan as a document for implementing the Paris Agreement on Climate Change with its time horizon to 2030.

At the same time, the MOEF is also developing the country’s investment programme for the climate change and environment sectors for the next five to ten years.

There is therefore a great opportunity for the MOEF to be much more strategic over the next five years to ensure that it is able to play a significant and catalytic role to support all the other implementing ministries in integrating climate change activities into their respective plan and budgets.

Thus, rather than trying to monopolise all actions related to climate change, the MOEF can provide technical assistance, advice, and research support to the other sectors as well as to the national plans under development.

At the same time, the experience gained from managing climate funds over the last few years is an opportunity to develop a robust system of tracking, monitoring and evaluating climate investments, which will allow Bangladesh to leverage significant amounts of global climate funds in future.

If Bangladesh is able to genuinely integrate climate change – both adaptations, as well as mitigation – in the preparation of the 8th five year plan by 2020, then the country will indeed have reached the next level of tackling climate change. This will mean that climate change responses will not be confined to just a single chapter of the plan and given to MOEF to implement, but rather that climate change actions will be included in every sector and ministry’s own plans.

Originally this article was published on April 12, 2017 at Daily Star. The author Dr. Saleemul Huq is the director of the International Centre for Climate Change and Development (ICCCAD) at the Independent University, Bangladesh (IUB).
Email: saleem.icccad@iub.edu.bd