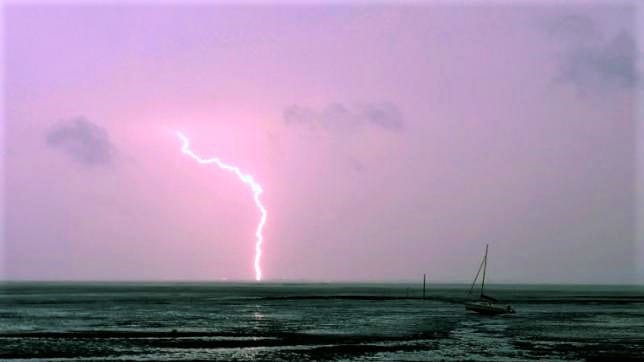 In the negotiations under the United Nations Framework Convention on Climate Change (UNFCCC), every word used can be contested between countries (sometimes they even argue for hours about a coma!). Hence every term has to be accepted by consensus by all the countries for it to be adopted in any UNFCCC decision.

Under these circumstances the accepted term under the UNFCCC for managing the risk of adverse climate impacts is “adaptation” to climate change. The word “resilience” is not used as it is deemed to not have a universally accepted meaning in the context of climate change.

However, in the public discourse as well as in the development domain, the preferred word has become resilience rather than adaptation.

While for most circumstances in talking or writing about dealing with climate impacts either term is perfectly acceptable, sometimes it makes a real difference as to which one is better suited for use.

For example, in the federal government of the United States of America the phrase “climate change” is now taboo (but resilience is ok!). I can illustrate this with a personal anecdote about a workshop on Coastal Climate Change Adaptation which my centre ICCCAD was organising a few months ago in Washington DC together with the United Nations University (UNU) and hosted by the Woodrow Wilson Centre (WWC).
Just before we sent out the invitations for the workshop our hosts from the WWC advised us not to use the terms climate change in the title as officials from the US government would then not be allowed to attend.

So we took their advice and changed the title of the meeting to Building Coastal Resilience without mentioning climate change and we got excellent participation from officials from federal, state and local government levels.

Interestingly one of the participants, who was a high ranking official from the US Department of Defence told me in private, that the Pentagon took climate change very seriously (but they don’t admit it publicly). He said that the US Naval base in Norfolk, Virginia was already facing frequent flooding events due to sea level rise. They are treating climate change impacts as a potential conflict multiplier around the world and doing their contingency planning accordingly.

Hence the term resilience has gained wider acceptance as the more politically correct term in development circles, especially in multilateral banks such as the World Bank and Asian Development Bank as well as bilateral aid agencies such as the UK’s Department for International Development (DFID) and UN Agencies like UNDP, etc.

However, when it comes to the scientific domain, such as in the reports of the Intergovernmental Panel on Climate Change (IPCC), the preferred term is still adaptation as it has a more precise meaning and also under the UNFCCC that is still the only accepted term.

In this context there is an important upcoming topic to be discussed in the next conference of parties (COP24) which will be held in Katowice, Poland in November this year. This has to do with Article 6 of the Paris Agreement on Climate Change at COP21 in 2015 in which countries agreed to have a Global Goal on Adaptation (GGA) but had not agreed on what it is. They left the decision to be made at COP24 in 2018.

This is also related to another important topic to be dealt with at COP24, namely how to Measure, Report and Verify (MRV) adaptation by each country under a common framework so that we could measure progress towards the global goal.

ICCCAD is also leading a group of Universities in the Least Developed Countries (LDCs) where we are focusing on enhancing the adaptive capacity of people, starting with individuals, households, communities, organisations, towns, countries and eventually the whole world. We believe that enhancing the adaptive capacity (or building their resilience in development terms) of people is the key indicator that will make both Bangladesh as well as all the LDCs both adaptive as well as resilient to climate change.

To conclude on a personal note regarding where I stand on the adaptation vs resilience divide, I am a pragmatist and am happy to use either word as and when needed. As the late Chinese leader, Deng Xiaoping said, it doesn’t matter what the colour of the cat is, as long as it catches mice.

Originally this article was published on May 09, 2018 at Daily Star. The author Dr. Saleemul Huq is the director of the International Centre for Climate Change and Development (ICCCAD) at the Independent University, Bangladesh (IUB).
Email: saleemul.huq@icccad.net