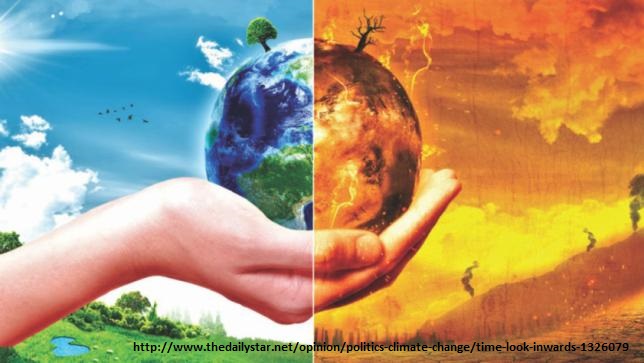 In 2015, the world made two major global agreements, first in September in New York on 17 Sustainable Development Goals (SDGs) and then on climate change under the Paris Agreement in December .

Both these global agreements have the same fifteen year timeline for their implementation, i.e. by 2030.

However, in each developing country there are two very distinct and separate audiences and reasons for adopting, implementing and reporting on such global agreements negotiated and agreed by all countries under the United Nations. The first reason is to satisfy the requirement of the global agreement itself where each country is obliged to prepare an initial plan and then submit periodic reports in its implementation to the concerned UN body.

The second reason is that the country has genuinely incorporated the goals into its own national planning and budgetary systems, and hence is implementing the global goals primarily to support its own national development.

While many countries start by responding to the first reason to submit reports to the UN, often helped by international consultants flying in to help with the report writing (sometimes even writing the report for the government), such reports tend to have little traction within the mainstream planning and budgetary practices at national and local levels, as they are aimed primarily at international audiences.

The time has now come for the developing countries to genuinely try to integrate or mainstream these global goals into national, sectoral and local level plans within the national planning and budgeting systems of each country. Bangladesh has already made some progress along these lines of mainstreaming climate change and SDGs into national, sectoral and local planning processes and also into the national budgeting processes. This was launched, to some degree, under the 7th Five Year Plan (7FYP) from 2016 to 2020, and will be much more integrated into the Perspective Plan to 2040, and even more into the Delta Plan to 2100.

The second criterion that marks this shift from external looking to nationally driven agenda is a shift in expectations of who will finance the implementation of the global goals at the national level.

As long as a country looks to external donors or climate funds or other development assistance to support the implementation of global goals at the national level, the country will prepare its national plans with the primary purpose of attracting additional international financial support for their implementation.

Although Bangladesh has been a pioneer in providing finances for the Climate Change Trust Fund as well as other national actions, it is still, in my view, looking to external funders to support national actions. Bangladesh should now be in a position to move towards doing its own planning, financing and implementation to a great extent by itself without depending on external funding to start implementation. That is not to say that external funding is not to be sought or welcomed, but rather that we do not depend on external funds to do what we can on our own.

Finally, let me touch on an important aspect of genuine national development planning and implementation, which must involve all ministries and agencies within the government, as well as all branches such as legislative and judicial as well as the executive. This is sometimes called a Whole of Government (WOG) approach.

I would add to this WOG approach also a Whole of Society (WOS) approach that will include the private sector, media, civil society, academics, youth, women and many others, who all have a role to play in both the planning as well as the implementation of our climate change as well as Sustainable Development Goals going forward .

Bangladesh has all the ingredients in place to pull off this transition from externally focused to genuinely nationally driven goals to both tackle climate change as well as deliver sustainable development by 2030 if the government gives appropriate leadership and all the other actors play their respective roles properly.

Originally this article was published on Wednesday December 7, 2016 at Daily Star. The author Dr. Saleemul Huq is the director of the International Centre for Climate Change and Development (ICCCAD) at the Independent University, Bangladesh (IUB).
Email: saleemul.huq@iied.org