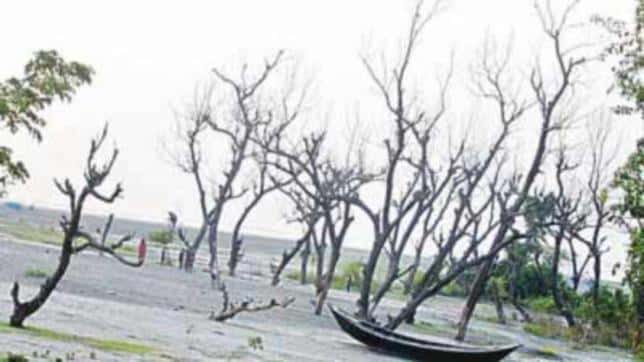 In 2009 Bangladesh developed and released the Bangladesh Climate Change Strategy and Action Plan (BCCSAP) which was the first of its kind at that time. It was a remarkable document for a number of reasons.

Firstly, it was developed entirely by Bangladeshi experts with Bangladesh government’s own funds, rather than by international consultants funded by a developed country or UN agency.

Secondly, it was developed following an elaborate consultation with a wide variety of stakeholders from different groups as well as from grassroots people around the country.

Thirdly, it wasn’t just a nice plan on paper (as so many others) but was actually implemented with funding support from the Bangladesh Climate Change Trust Fund (BCCTF) that was set up by the government of Bangladesh with its own money.

The finance minister has been allocating approximately USD 100 million equivalent in Bangladeshi taka each year since then to fund actions identified in the BCCSAP. Ten percent of the money was allocated to civil society groups for community-based adaptation activities while the remaining 90 percent was given to a wide variety of government ministries and departments that had to submit projects identified in the BCCSAP.

Thus over nearly a decade the government of Bangladesh has invested well over half a billion dollars of its own money in literally hundreds of actions to tackle climate change by both the government and civil society.

A remarkable feature of the BCCSAP was that even though the focus was primarily on adaptation to tackle climate impact (which is quite logical as Bangladesh is so vulnerable to it), after some debate nevertheless, it was decided to also include mitigation actions to reduce Bangladesh’s emissions of greenhouse gases wherever we can. This was not necessary but we felt it was our moral obligation to reduce emissions if we can even if our overall emissions are still quite low.

The BCCSAP was always envisaged to be a living plan to be updated over time and the time has now come to revise it.

I would like to share some ideas on what I feel needs to be addressed in the revised BCCSAP going forward in light of changed circumstances as well as learning from the experience of hundreds of activities carried out over the last decade.

Secondly, we need to enhance the emphasis and investments in developing good Monitoring, Evaluation and Learning (MEL) systems to be able to demonstrate what we are doing and learn lessons while also be able to measure the outcomes more systematically than we have done so far.

Here Bangladesh has an opportunity to again be innovative by using the unspent amount in the BCCTF to fund a national mechanism on loss and damage which can pioneer methods for measuring impacts, losses and damage and also provide compensation to the victims.

Finally, the revised BCCSAP should also focus on international diplomacy which goes well beyond merely sending a delegation to the annual conference of parties of the United Nations Framework Convention on Climate Change (UNFCCC). We should embed climate change in our normal diplomacy both at bilateral and multilateral levels. There is a major opportunity to share Bangladesh’s knowledge on adaptation with other Least Developed Countries (LDCs) through South-South knowledge-exchange.

The revised BCCSAP should become the guiding document on ensuring that tackling climate change is genuinely mainstreamed into planning and practice while Bangladesh continues its journey from LDC to developing country by 2024 and then developed country by 2041.

Originally this article was published on  April 11, 2018 at Daily Star. The author Dr. Saleemul Huq is the director of the International Centre for Climate Change and Development (ICCCAD) at the Independent University, Bangladesh (IUB).
Email: saleemul.huq@icccad.net